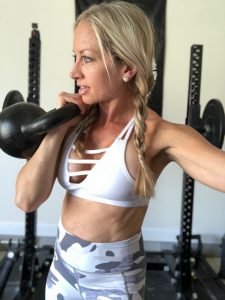 As part of President Kennedy’s push to increase the physical fitness of the country, the inspiration behind the JFK 50 came from Kennedy challenging military officers to be able to cover 50 miles on foot in 20 hours to maintain their commissions. As the oldest 50 mile race in the country, this event has been referred to as the “Boston Marathon” of ultras.

After proving my qualifying time and receiving an acceptance earlier this summer, goals for fall running changed. I no longer thought about setting personal records in Hampton, Newport or Thunder Road. Those marathons were now training for the JFK 50.
I made plans to run with 2 fantastic women: Katie, who I met during the early miles of my first 50 miler, and Monica, a coworker turned race partner who completed 2 Ironman races alongside training for this event.  We are all self-admitted “girly girls”, so it wasn’t surprising to find ourselves wearing the same shade of pink shirts on race morning- totally unplanned, very fun!

Walking a half mile or so to the start from the briefing area reminded me very much of the walk to the start of the Boston Marathon- nervous tension in the air, excited chatter among participants. The first 5K was a steep road incline that gained 1100 feet in elevation. By the start of the Appalachian Trail (AT) section, we were all gasping for air. I had a reality check when someone mentioned the Alpine Rescue Team’s availability for injured runners on “the mountain”…in my mind, we were just going to be on a big hill, not an actual mountain.

I’m no expert at technical trail, but it was immediately apparent that the best preparation I had for this portion was all of the hiking Trey and I did in New Hampshire last month. The terrain was similar to the rocky single track at Mount Monadnock, only this had a layer of freshly fallen leaves that made the path difficult to navigate. I felt like I slipped or turned my ankle every third step and was forced to go frustratingly slow. Seeing folks ahead stumble and hearing several hard falls behind did not help confidence. We learned later that medic had to provide a number of stitches for wounds and splints for broken bones. I just wanted to get off the trail in one piece, at whatever pace. Flashbacks of friends saying, “you’re running the Appalachian Trail?” months prior now made sense.
After about 4 hours, we got off the trail at mile 17 (yeah- you read that right, math major) we finally began the canal towpath portion. Why do people complain about this section? Scenery along the Potomac River was beautiful, the surface was forgiving…and after flirting with death on the switchbacks coming down the mountain, it provided a nice opportunity to relax.

Having been conservative in the early miles, we settled into a more aggressive pace. Usually uItras are quite lonley, but this was different with 1100 participants. Most of us were constantly leap-frogging each other due to stops at aid stations and run/walk strategies so it was easy to recognize others and make friends. Others called us the “Pink Ladies” and we soaked up advice from experienced JFK veterans.

I was able to keep the calories and hydration up- something I didn’t do at Dances with Dirt 50K or North Face Endurance Challenge, when my body rejected food after about mile 25. With aid stations situated every 4 miles or so, I focused on keeping whole foods going in as long as possible. No stomach issues this time at all- in hindsight, it’s because we took a little longer than usual at the aid stations during the first 35 miles and I actually had time to chew my food thoroughly and went with items that were easy to digest: boiled potatoes, tomato soup, peanut butter and jelly sandwiches, pretzels, M&Ms, cookies. Having said that, I’m probably the only person who ran 50 miles out there and didn’t end in a calorie deficit!

If you get to the aid station that completes the towpath after 3pm, the policy is that you have to wear a reflective vest the rest of the way. The one handed to me was bright orange and horrible. Didn’t these people know I was trying to look cute during all 50 miles?

The course description in the JFK entry mentions “gently rolling” roads during the final segment. After 42 miles, these roads were not gentle to my already beat up legs in the slightest. My body didn’t begin hurting until this point- the combintion of the hills with the hard surface was brutal. Even though it was painful, I still felt better than a lot of folks we saw (or maybe we looked that bad too and just didn’t know it?!). A testament to incorporating crossfit into race training, we passed at least 20 people in the final miles. Since I’ve already completed B&A Trail Marathon, this didn’t count as my Maryland…but that didn’t damper my excitement when I finished mid pack in 11:07:39.

When asked about his greatest strength, David Riddle- winner of this year’s race who broke an insanely fast 17 year old course record (still not convinced he isn’t a mountain goat)- said: “Years of consistency. I have never quit running. I’ve never stopped training consistently.”  I’m no Olympic caliber athlete, but can certainly relate to that. My journey to the JFK 50 finish line began a long time ago.
PrevPreviousBetter with Age
NextKiawah Island MarathonNext

This episode is a Blackbeard Revenge’s 100 mile race recap in audio journal format. Enjoy! Why did I decide to run a

I’ve been running marathons since 2003 & in over 60 marathons, I’ve never missed a race for any reason…until now. Bad rain

I don’t typically do the same race over and over again.    There is a lot to be said for testing yourself